Keeping a close eye on influenza 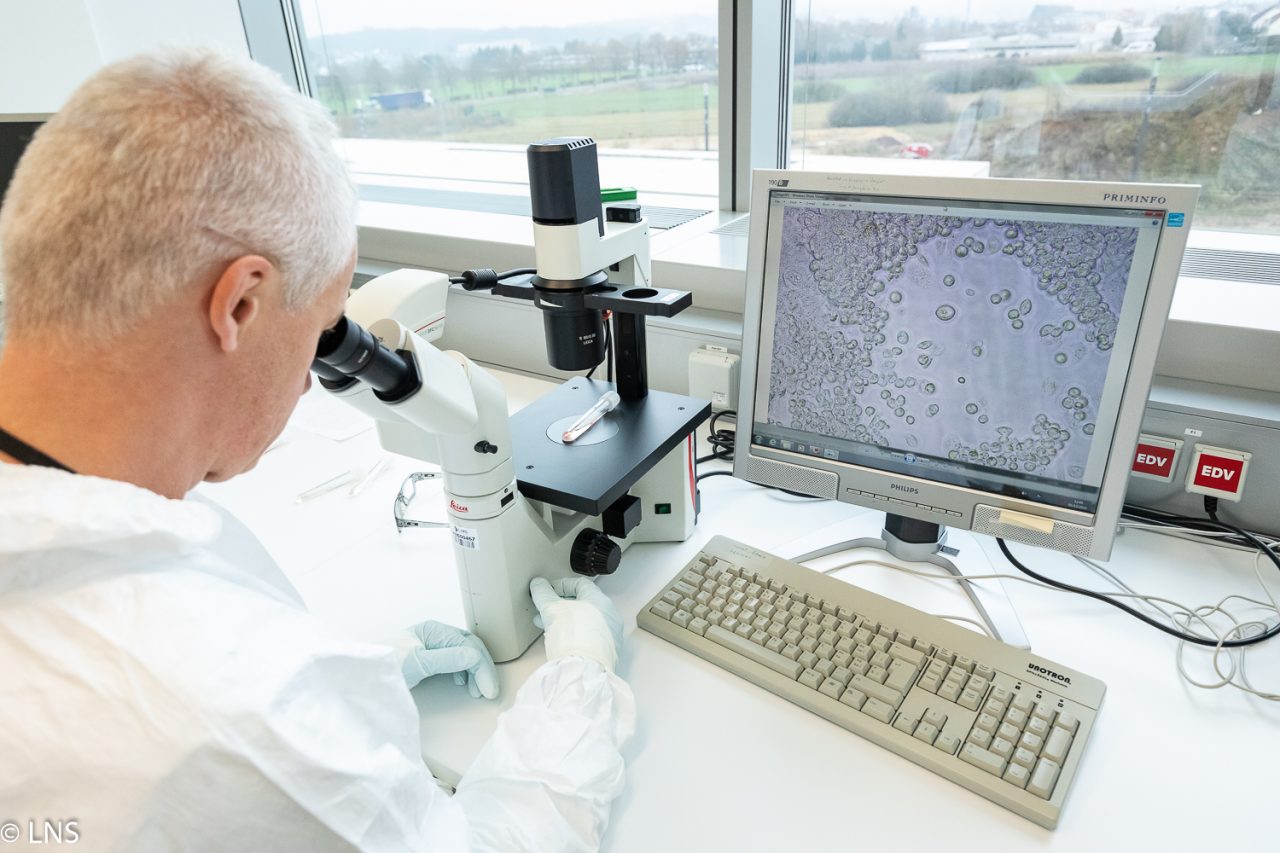 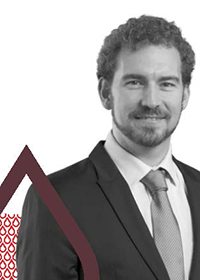 As part of the LNS Annual Report 2018, we conducted a series of interviews and reports to better present the LNS through its staff and departments. This is the first interview featuring DSc Guillaume Fournier, deputy head of the virology and serology service,  followed by the corresponding report. Enjoy your discovery!

Virology and serology (VIRO) and epidemiology and microbial genomics (EPIGEM) are two units of the microbiology department. For several years, they have played an essential role in the sentinel surveillance of influenza.

Every year, from October to April in the northern hemisphere and from April to October in the southern hemisphere, flu outbreaks affect millions of people worldwide. Although seasonal influenza generally remains mild, it is still responsible for millions of severe cases and hundreds of thousands of annual deaths. According to the European Centre for Disease Prevention and Control (ECDC), between 291,000 and 646,000 people worldwide die from a seasonal influenza-related respiratory illness every year.

Influenza, commonly known as flu, is an infectious disease caused by viruses of the Orthomyxoviridae family. This family of viruses mainly attacks the respiratory tract (nose, throat and bronchi). The symptoms appear 1 to 4 days after infection and are characterised by a sudden onset of high fever, muscle pains, headaches, generally feeling unwell, dry cough, sore throat and runny nose. Although most affected people recover in one or two weeks without medical treatment, flu can have a severe impact in vulnerable populations such as young children, the elderly and people suffering from chronic diseases (lung, heart and kidney problems, cancer, immunosuppression, etc.). For these risk groups, vaccination against influenza is recommended.

A WIDE VARIETY OF CHANGING VIRUSES

“To tackle seasonal outbreaks, sophisticated surveillance has been established at both national and international levels”, explained DSc Guillaume Fournier, deputy head of the virology and serology unit. “But the task is not easy. Since the common cold and influenza share symptoms, it can be difficult or even impossible to tell the difference between them based on the clinical presentation alone. Often people don’t realise that they have the flu. In 80% of the cases, influenza infection goes unnoticed or only appears to be a mild cold.”

“Also, not a single but several viruses cause influenza. There are three types of influenza virus in humans: A, B and C. Types A and B are frequently at the origin of outbreaks and type A can some-times cause a pandemic. This is made possible by permanent genetic changes through two mechanisms. The first mechanism is called antigenic drift. Small changes in the genes of the virus hap-pen continually over time as the virus replicates.These small genetic changes usually produce viruses that are closely related to one another, but can accumulate over time and result in antigenically different viruses. When this happens, the body’s immune system may not recognise those viruses. The other type of change is called antigenic shift and is an abrupt, major change in the influenza A virus, resulting in new proteins at the surface of the virus. This new virus may be so different to such an extent, that most people do not have any immunity and thus the virus quickly spreads, causing a pandemic.”

The continuous genetic modifications of influenza viruses make it necessary to adjust the composition of the influenza vaccine every year. For this, the worldwide network of the World Health Organization (WHO) collects and analyses virology and epidemiological influenza surveillance data from around the world. The regular exchange of these data in-between countries allows WHO in the selection of influenza strains chosen for subsequent vaccine production.

THE PRINCIPAL ROLE OF THE DEPARTMENT IN THE SENTINEL SURVEILLANCE

In Luxembourg, the department of microbiology, the Direction de la Santé and a network of general practitioners and paediatricians throughout the country work together every year, from October to April, to ensure sentinel surveillance of influenza. “The doctors of the network report to us once a week the proportion of patients presenting an acute respiratory infection (ARI) or an influenza syndrome (ILI) during one day in the week”, said DSc Guillaume Fournier. “In parallel, they take nose/throat samples from ILI patients and send them to our department. We analyse them by using polymerase chain reaction (PCR) and sequencing methods to detect the presence of influenza virus and to characterise the type and strain of the virus. Once a week, we update the influenza activity and inform the doctors, the  ministère de la Santé and the general public via our newsletter and the influenza surveillance section of the LNS website. At the same time, we transmit our statistics and our PCR results to ECDC.”

“At the end of the flu season, we dispatch all our data on strains of influenza viruses that have circulated in Luxembourg to the European and world authorities (ECDC and WHO) in order to allow them to perform a global epidemiological monitoring and to perform appropriate strains to include in the vaccine for the next epidemic season. Seaso-nal flu may change from one year to another. For example, the season 2017-2018 was particularly intense. We received two to three times more samples than the previous year: 2,000 with 54% positive versus 600 with 36% positive. Circulating viruses were also very diversified: 27% B, 24% A H1N1 and 3% A H3N2.”

NATIONAL REFERENCE LABORATORY FOR FLU AND OTHER INFECTIOUS DISEASES

Sentinel surveillance is only a part of the LNS missions as a national reference laboratory for influenza. “We also bring our expertise to hospitals and other laboratories and help them in case of epidemics or discovery of an unexpected subtype”, added DSc Guillaume Fournier.  “We are the only diagnostic laboratory in the country to have an operational biosafety level 3 (BSL-3) facility dedicated to influenza surveillance.  It means that our working environment allows us to diagnose and handle highly pathogenic influenza viruses. And since the Law of 1 August 2018 on the compulsory declaration of certain diseases in the framework of the protection of public health, the role of the microbiological department in the surveillance of certain infectious diseases will certainly increase.” 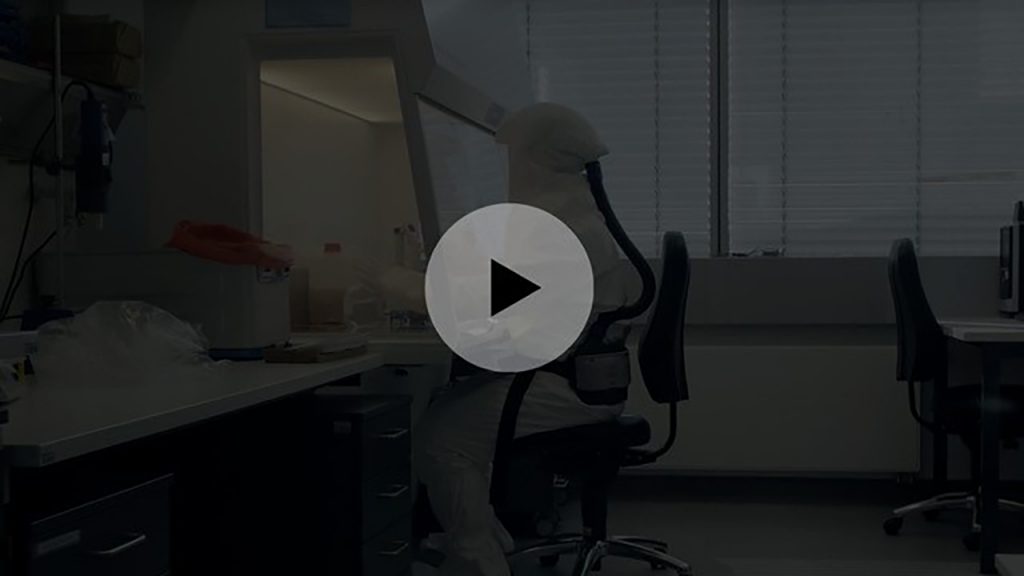