The anatomic pathology service is devoted to the diagnostics of cancer and precancerous lesions, inflammatory lesions as well as pseudotumorous lesions and malformations in various organs of a patient. It also supports molecular diagnostics, in collaboration with the genetics and molecular biology service.

In addition to an increase of its activities, with a total of 229,000 histological sections, in 2016 the service carried out a series of new genetic tests, including the routine gene mutation test Epidermal Growth Factor Receptor (EGFR) as well as the Anaplastic Lymphoma Kinase (ALK) gene test for small cell lung cancer. The quality of diagnosis has improved as the result of the introduction of an entirely new computer-controlled laboratory management system and automated immunohistochemical analyses in order to detect diagnostically relevant proteins in patient tissues.

The service has participated in tests organised by international external monitoring bodies, including the College of American Pathologists (CAP), the French Association for Quality Assurance in Anatomy and Cytology, the Nordic Immunohistochemical Quality Control in Aalborg, Denmark, the ESP Lung EQA Scheme, the European Society of Pathology – Lung External Quality Assessment Scheme in Louvain, Belgium, and the M D Anderson Cancer Centre in Madrid, Spain.

In addition, the anatomic pathology service has been quite active in a variety of partnerships, both as part of the National Cancer Platform Committee of the future Luxembourg School of Medicine and the Personalised Medicine Consortium of Luxembourg (PMC).

In 2016, the service took another step forward with its ambitious project related to extemporaneous biopsies. It should be noted that this involves taking a tissue sample during a surgical procedure in order to make a microscopic examination for the purpose of confirming a cancerous lesion. However, the considerable geographical distances between hospitals means that some cannot even wait the time required to transport the specimen to the LNS. To overcome this, there is now a solution: remote pathology. Rather than sending the biopsy directly to the laboratory, it is processed on site at the hospital, and the images are sent in real time by remote transmission to a pathologist sitting at a virtual microscope at the LNS.

As part of the 2016-2018 strategic plan of the institution, this project provides for the establishment of a telepathology platform at four Luxembourg hospitals within the framework of the National Cancer Plan: The Hospital Centre Emile Mayrisch (CHEM), the Municipal Hospital of Luxembourg (CHL), the Robert Schuman Hospitals in Luxembourg (HRS) and the Northern Hospital Centre at Ettelbruck (CHDN). 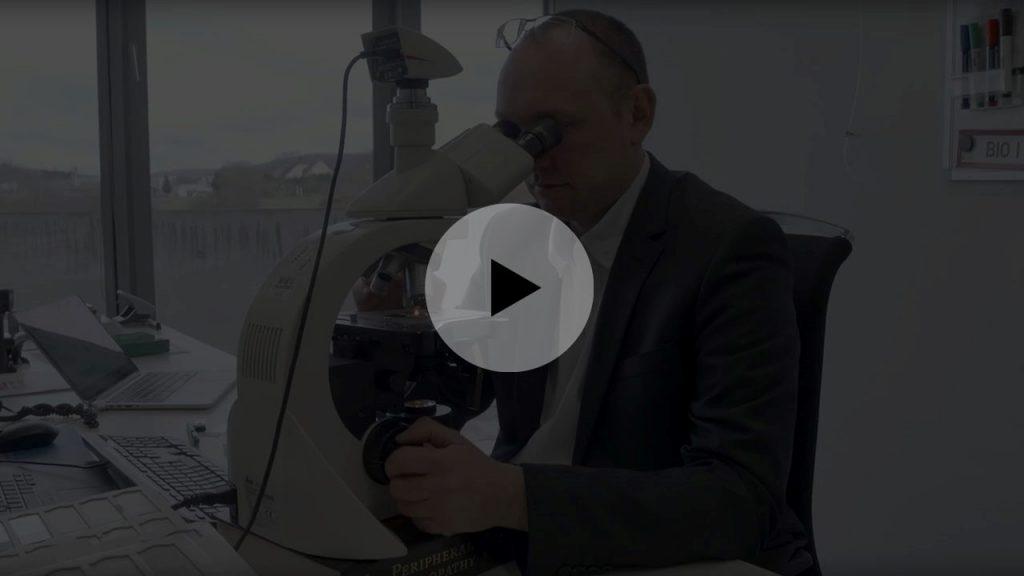