The Fondation Cancer celebrated its 25th anniversary during the year with various actions, including 25 hours instead of the traditional 24 hours at the Relais pour la Vie last March or the sale of the elegant and supportive unisex bracelet (available at the foundation for a donation of 5 €).

In the same vein, the issue No. 99 of Info Cancer Info has been transformed into a special 25 year anniversay edition with the main theme of the future of cancer. The Foundation asked 25 people concerned by the theme for their opinions. Among them are Dr. Barbara Klink, head of the National Centre for Genetics, as well as Prof. Dr. Mittelbronn, head of the National Centre for Pathology, the two diagnostic centers of the LNS.

In addition, during the anniversary evening last Tuesday, Dr Carlo Bock, actual Chairman of the Board of Directors and member for more than 20 years, announced his departure in favour of Dr Carole Bauer, oncologist at the Centre hospitalier de Luxembourg, who will succeed him as from 1 January 2020.

Happy birthday, Fondation Cancer! All our congratulations go to Mrs Lucienne Thommes, her team and all the volunteers of the foundation for their exemplary work! 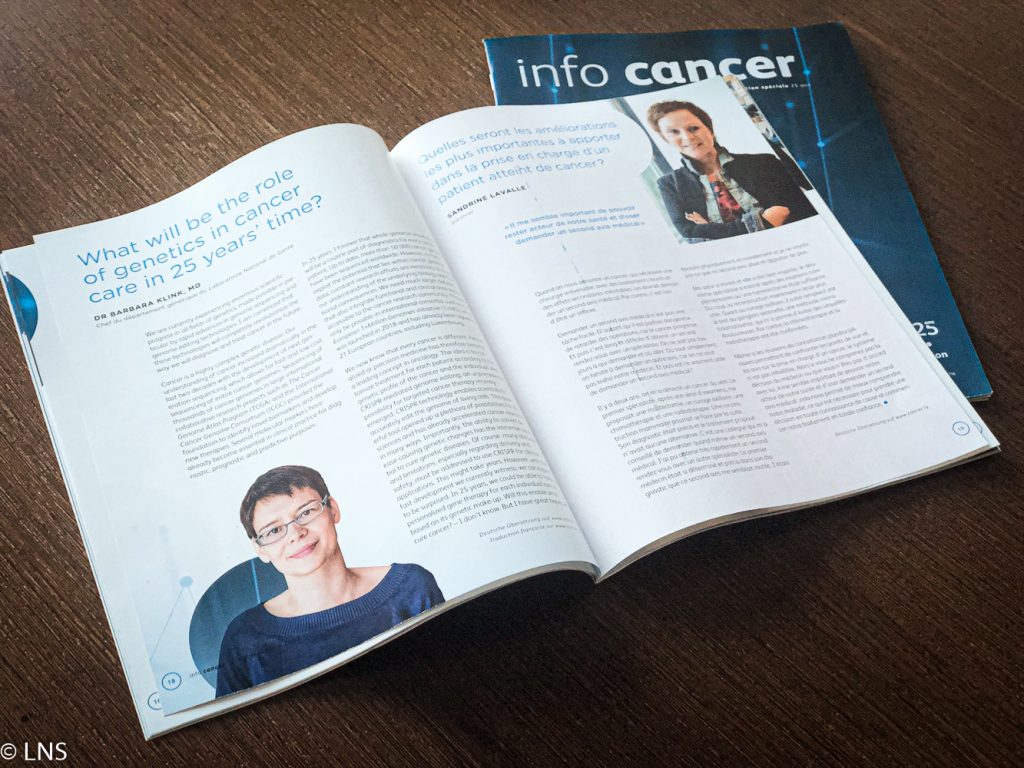 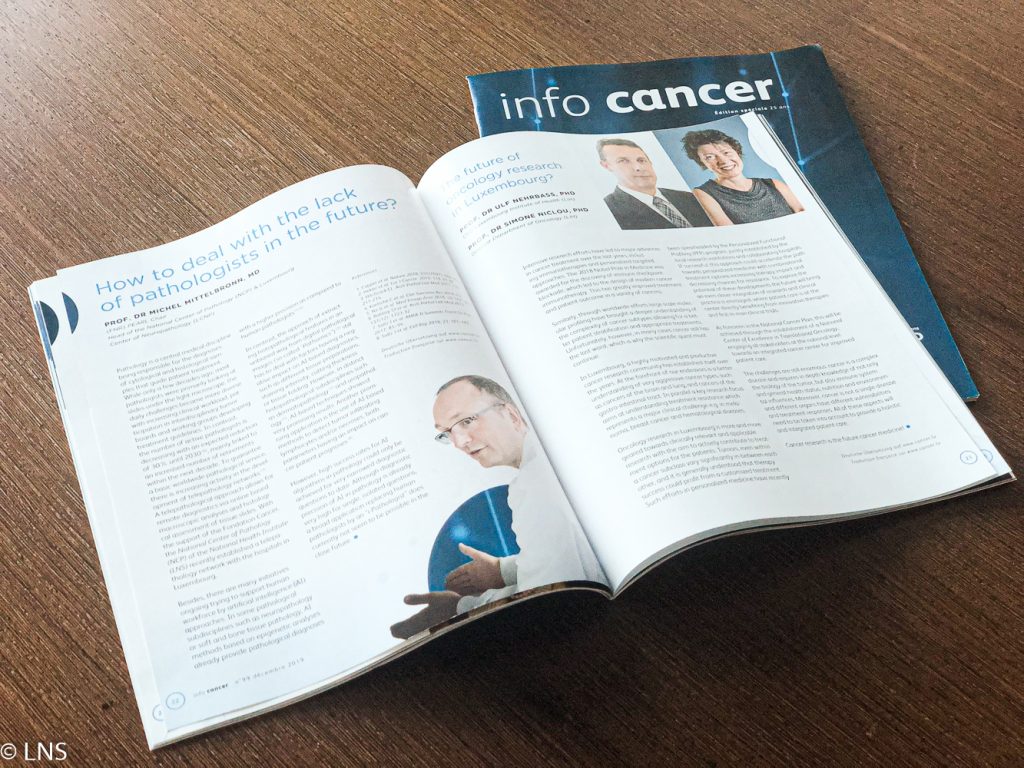