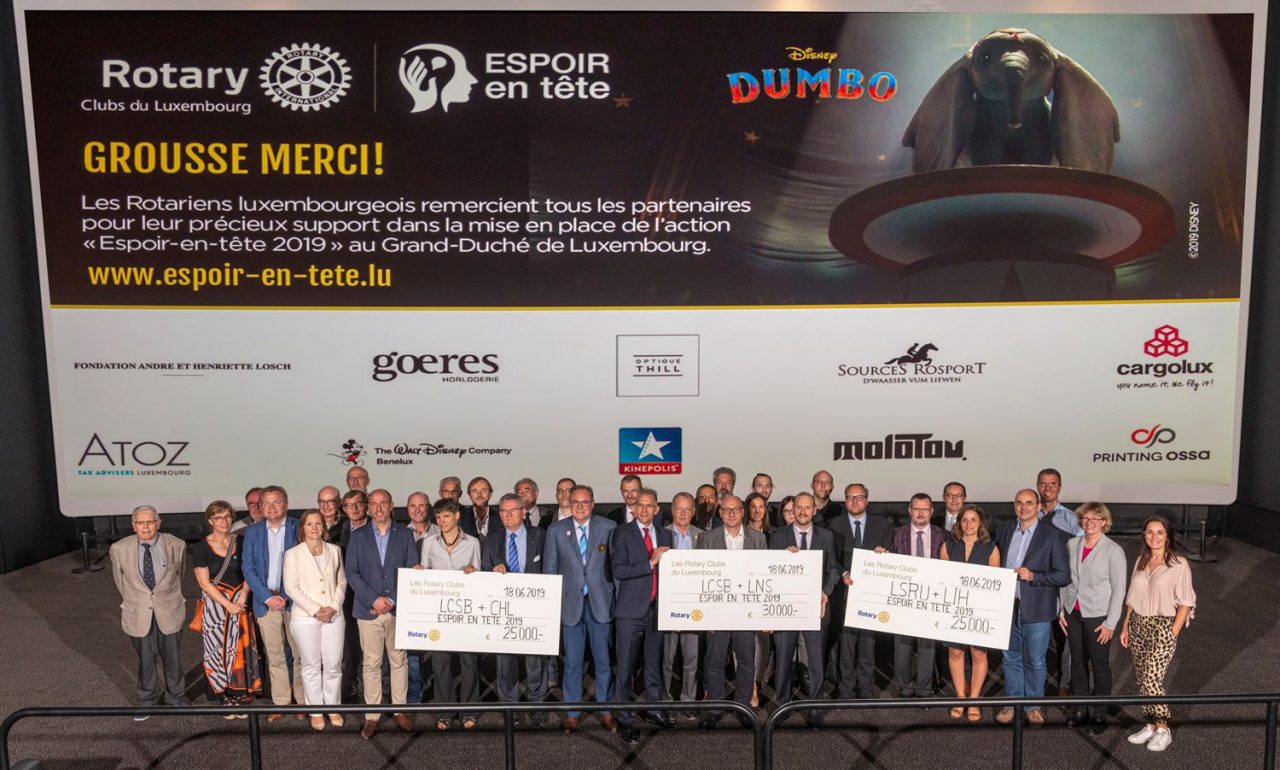 For the 7th consecutive year, the Espoir en tête project, initiated by the Luxembourg Rotary Clubs, raised donations by organizing exceptional previews or screenings in Utopolis/Kinepolis cinemas. A total of 3,640 people responded positively to the invitation of the Luxembourg Rotary Clubs this year and once again, they and many other donors contributed to 3 research projects on brain diseases in Luxembourg by handing out cheques for a total amount of €80,000.

The first is the molecular signature of memory deterioration. Alzheimer’s disease (AD) is the most common neurodegenerative disease and the leading cause of dementia. While clinical symptoms are relatively well defined, the molecular mechanisms that lead to brain dysfunction are still poorly characterized. As a result, there is no treatment. The interinstitutional research team (LCSB-LNS) will implement an ambitious study to characterize epigenetic signatures, i. e. the chemical changes that control gene expression specific to AD in patients’ brains. Through the use of new sequencing and microscopy technologies on post-mortem hippocampal tissues, they will determine the epigenetic marks underlying the deterioration of neuronal plasticity, neuro-inflammation and memory dysfunctions.