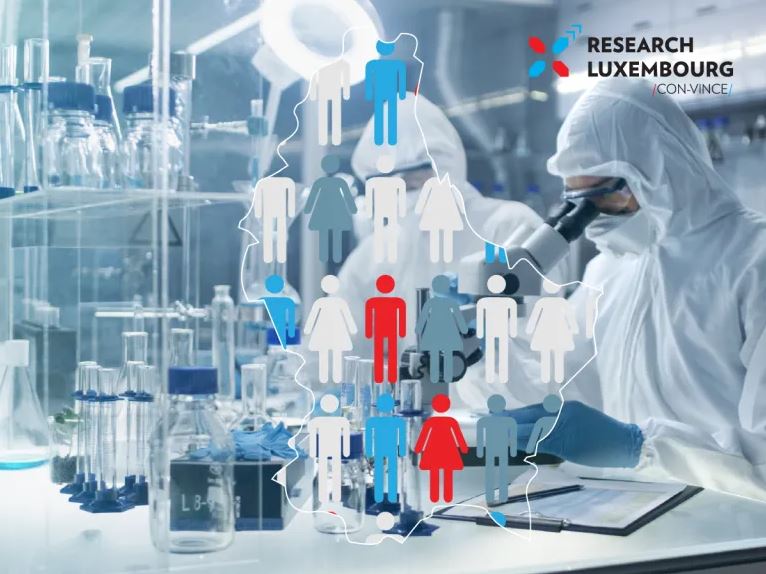 As a central health player serving the people of Luxembourg and the Greater Region, the LNS is contributing its expertise to what has been dubbed the CON-VINCE study. This research project, launched in April under the auspices of the Research Luxembourg Covid-19 Task Force, aims to study the dynamics and spread of SARS-CoV-2 in the Grand Duchy.

CON-VINCE builds on screening tests carried out on adult participants. These are divided into three groups: non-infected and therefore symptom-free persons, persons currently infected with little or no symptoms, and persons that have already recovered. First, the tests are performed by PCR (Polymerase chain reaction), who detect SARS-CoV-2 via nasopharyngeal swabs. Subsequently, blood samples are also tested for antibodies specific to the virus. Participants with positive results but with weak or no symptoms will be monitored for a period of one year, as will non-infected individuals.

What is the aim of CON-VINCE?

CON-VINCE aims to help the government make scientifically sound decisions. In order to arrive at representative samples, around 1,800 persons were selected for tests. Detecting virus carriers with weak or no symptoms is important because they play a major role in the spread of the virus, but are often not recognized as virus carriers. However, in order to take measures to contain the spread of COVID-19, all carriers of the SARS-CoV-2 virus must be detected in order to be able to estimate the number of unreported cases.

What role does the LNS play?

The CON-VINCE study is being carried out by a consortium of national research institutes, which includes the LNS, the Luxembourg Institute of Health (LIH), the Luxembourg Center for Systems Biomedicine (LCSB), as well as the associated partners TNS-Ilres and the Ketterthill, Laboratoires Réunis and BioneXt Lab laboratories. The LNS is directly involved with our virological-serological laboratory of the Department of Microbiology. The role of the LNS virologists includes performing and analysing tests, the establishment of the study protocol and the setup of the case report form (CRF), as well as an advisory role in interpreting the results.

What is the potential of the study?

With CON-VINCE – and thanks to the small size of the country and to its considerable resources – Luxembourg is the first country in the world to systematically carry out a scientific study of this kind using a representative sample of its entire population. The results therefore attract international attention – and are published in specialised media. Initial results at the beginning of May showed that around 2% of the population had already been exposed to the virus. In the long term, Luxembourg hopes to use such sound information to stay one step ahead of the disease.