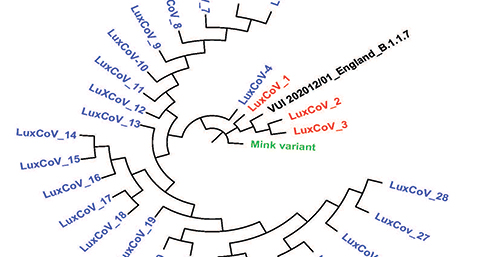 Dr. Tamir Abdelrahman, head of the microbiology department, stated that “our national genomic surveillance has been expanding in the last few months and covers 10% of community circulating variants which installs a very efficient system in tracking any introduction of variants into the country. The health authorities are conducting contact tracing and LNS will continue the investigation in collaboration with Inspection Sanitaire to track the evolution of this variant in Luxembourg”.

“New variants of the coronavirus have been seen almost since the virus was first detected in China nearly a year ago” explained Dr sc. Anke Wienecke-Baldacchino, bioinformatics lead in the department of microbiology. “It is common for viruses to undergo minor changes as they reproduce and move through a population. The British variant has been detected by genome sequencing in the United Kingdom (UK). It is defined by the presence of multiple mutations in the spike protein (deletion 69-70, deletion 144, N501Y, A570D, D614G, P681H, T716I, S982A, D1118H)”.

Dr. Nguyen-Trung Nguyen, head of virology service, explains “as we started our national vaccination program for SARS-CoV-2, it is essential to note that there is no phenotypic data available for the new variant, thus it is not possible to predict the effect of the planned vaccine on this variant as further studies on the antigenic characteristics is needed”. Dr Nguyen clarified that “the diagnostic Rt-PCR tests implemented in Luxembourg are multiplex tests that target more than one gene. Hence, there is no implications on the diagnostic capacity in the country and no risk of false negatives”.

Prof. Dr Friedrich Mühlschlegel, LNS director, praised the excellent collaboration between Inspection Sanitaire and the microbiology department since the emergence of the UK variant. “The contact tracing exercise and the sequencing of any epidemiologically-linked positive samples is essential in our national effort of limiting the spread of the new variants. It is important to interpret the new variant in its clinical context. Currently there are reassuring data from following up cases as there does not appear to be significant increase in hospitalization and fatality when analyzing the preliminary data in the UK. However this clearly needs very close monitoring and follow up”. 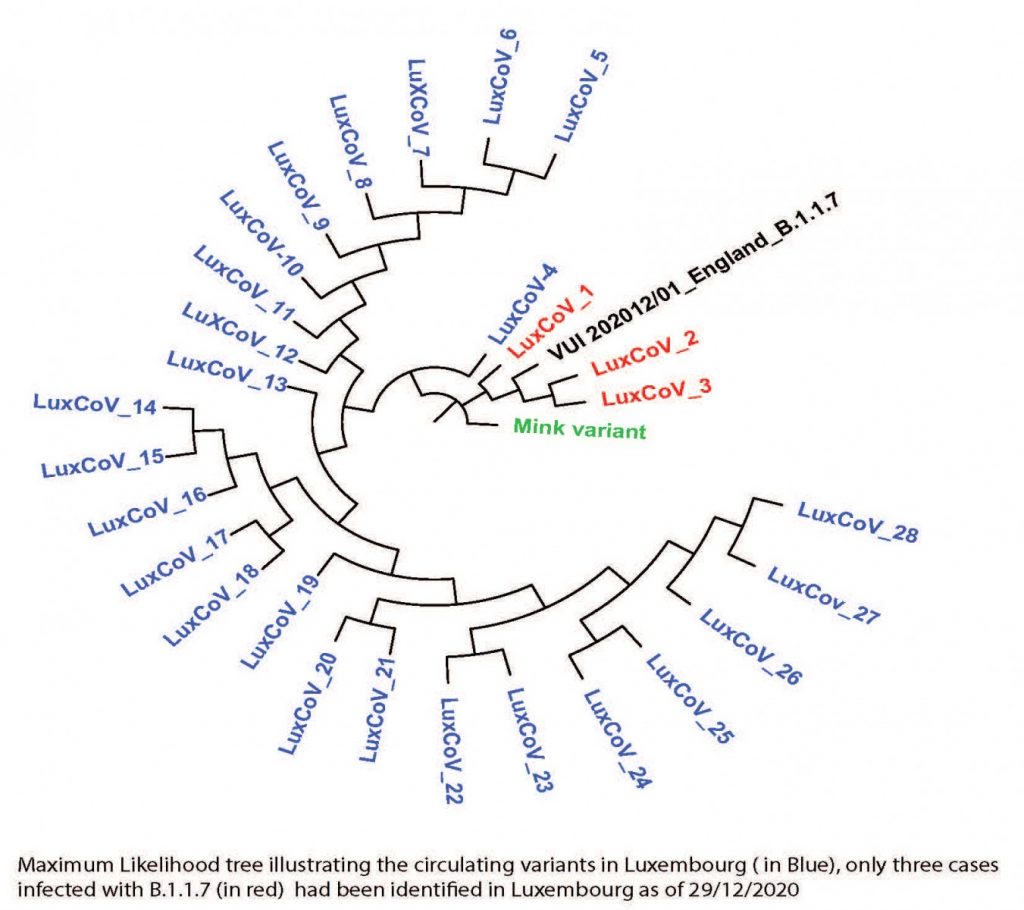