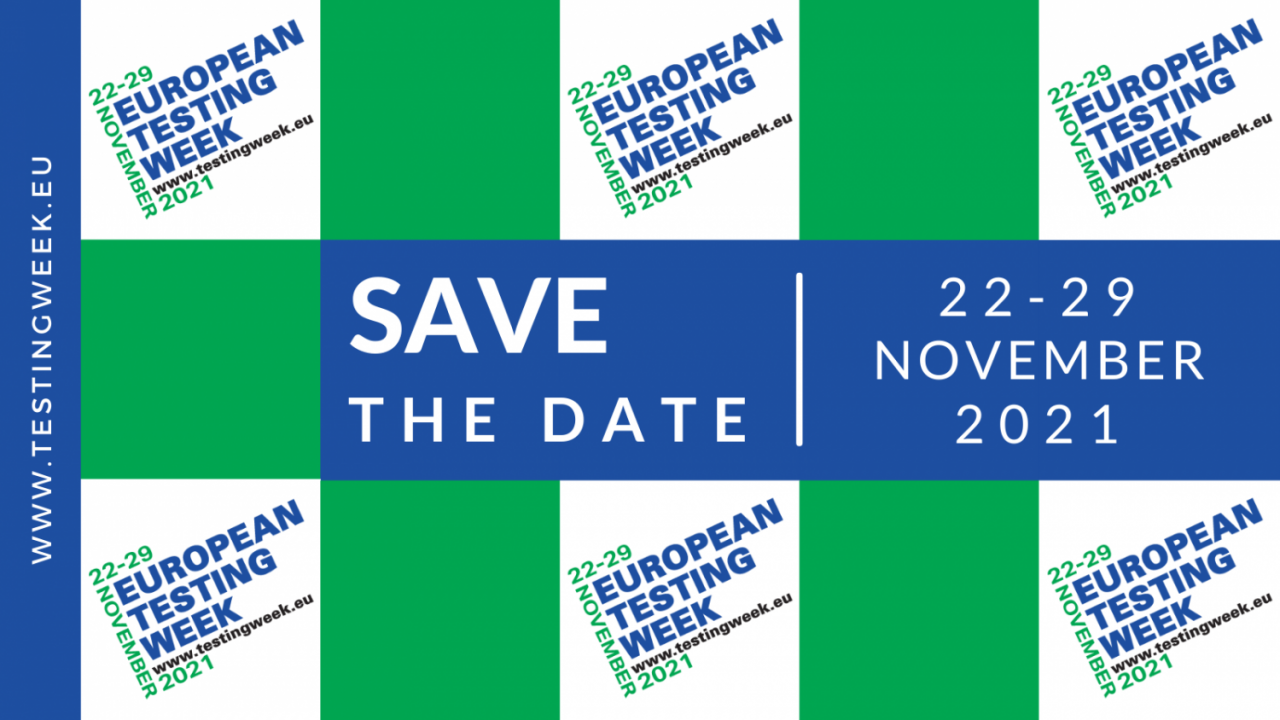 What started as a May-only initiative has become a biennial event: The European HIV Testing Week brings together hundreds of organisations in spring and autumn. Health and political institutions across Europe raise awareness of the benefits of early HIV and hepatitis testing, contribute to a better understanding of the transmission and treatment possibilities of these diseases, and fight the stigmatisation of vulnerable populations such as sex workers and drug users. The COVID-19 pandemic and the response to it have resulted in a shift in personnel, funding and resources around the world away from other essential health services. In October 2020, UNAIDS reported a “significant decline in HIV testing services in almost all countries for which data are available”. At the same time, the pandemic has shown what efforts and actions against infectious diseases the international community is capable of when it pulls together. We should draw inspiration from this in the fight against other diseases.

Luxembourg’s health institutions, such as the Laboratoire national de santé (LNS), are also strongly involved in the autumn edition of the European Testing Week, which runs from 22 to 29 November 2021. On this occasion, we interviewed Dr François Hussenet from the Virology and Serology Service of the LNS Microbiology Department. He presents his unit and the role it plays in the diagnosis and surveillance of infectious diseases.

Dr Hussenet, you are a member of the Virology and Serology Service in the Microbiology Department of the LNS. Tell us about the day-to-day work of your department in the laboratory, particularly in relation to HIV diagnosis.

The mission of the Virology and Serology Unit at the LNS is the diagnosis, monitoring and epidemiological surveillance of infectious diseases by serology, cell culture and molecular biology in level 2 (P2) and 3 (P3) security laboratories. We collaborate with the two other services of the microbiology department, that of epidemiology and microbial genomics on the one hand, and that of bacteriology, mycology, antibiotic resistance and hospital hygiene on the other. This collaboration concerns the exploitation of scientific data and the development of new diagnostic methods, making it possible to identify and map circulating pathogens with a view to developing a health policy aimed at protecting citizens against the risks of bacterial and viral infections.

In the specific context of HIV and hepatitis infections, the laboratory, in collaboration with the Red Cross and the Health Inspectorate, participates in screening for certain more exposed populations such as prostitutes and refugees.  In addition, it is working with the Centre Hospitalier du Luxembourg (CHL) and the Luxembourg Institute of Health (LIH) on the implementation and deployment of NGS (Next Generation Sequencing) technology for the search for genotypic resistances. This new technology increases the sensitivity of detecting resistance mutations and is useful when initiating a first antiviral treatment or in patients who have failed a treatment.

In addition, the Virology and Serology Service, through its expertise, is recognised as a WHO national reference laboratory for influenza. As such, it participates in the SENTINELLE network in collaboration with the Epidemiology and Microbial Genomics Unit, volunteer doctors, the Health Inspectorate, the WHO and the ECDC for the continuous monitoring of influenza virus mutations using high-speed sequencing techniques. Similarly, it also implements a surveillance programme for other respiratory viruses (ReViLux). The Microbiology Department, and more specifically the Virology and Serology Service, has been at the heart of the fight against COVID-19 since the beginning of 2020. The tasks of the microbiology teams were very varied and have been evolving ever since.

This interview is published on the occasion of the European Testing Week. Your unit is participating. What is the aim of this initiative and how is your service involved?

The aim of the week is to increase access to testing and promote awareness of the benefits of early detection of hepatitis and HIV. Early testing for HIV and hepatitis is essential for prevention and treatment, but the health crisis related to the COVID-19 pandemic has significantly slowed down this testing. Our objectives during the week of action will therefore be to participate in the offer of HIV and hepatitis B and C screening, aimed at the general population and populations at risk; to raise awareness among the general population of the importance of early testing to promote better therapeutic management and reduce the risk of contamination. Our teams will also be present to answer questions raised by the screening or its results. In case of seropositivity, patients will be directed to the appropriate care services located both in the Grand Duchy and in neighbouring countries, such as the hospital in Arlon or the CHR in Metz-Thionville.

During the Testing Week from 22 to 29 November, it will be possible to be screened by taking a blood sample, without prescription, free of charge and anonymously at the LNS from 7.30 am to 3 pm from Monday to Friday. I would like to stress that the LNS, like other structures in the Grand Duchy of Luxembourg, offers this testing service not only during the awareness week but throughout the year: free and anonymous.

As a member of the “Comité de surveillance du SIDA, des hépatites infectieuses et des maladies sexuellement transmissibles”, the LNS is also committed, in close collaboration with all the major health actors in the country, to improve knowledge of these diseases, their prevention and treatment.

What is the epidemiological and testing situation for HIV (and also Hepatitis) in Luxembourg?

The AIDS, infectious hepatitis and sexually transmitted diseases surveillance committee has just published its 2019 activity report.  This report notes that the number of people newly included in the “Service national des maladies infectieuses” (SNMI) for HIV infection has increased compared to 2018 (96 in 2019 to 91 in 2018). However, the number of new HIV infections in Luxembourg in 2019 is equal to that of 2018. Of these figures, the LNS performed a total of 1786 HIV and 1767 HCV tests in 2019, of which a total of 46 were positive (10 HIV/36 HCV). It is estimated that 15% of infected people in Luxembourg do not know that they are HIV positive. It is therefore very important to know one’s status as soon as possible in order to better treat oneself and avoid infecting others. Here again, the LNS sees itself as a pillar of the Luxembourg health system and hopes that its work will contribute to serving the country’s population in a comprehensive and sustainable way. 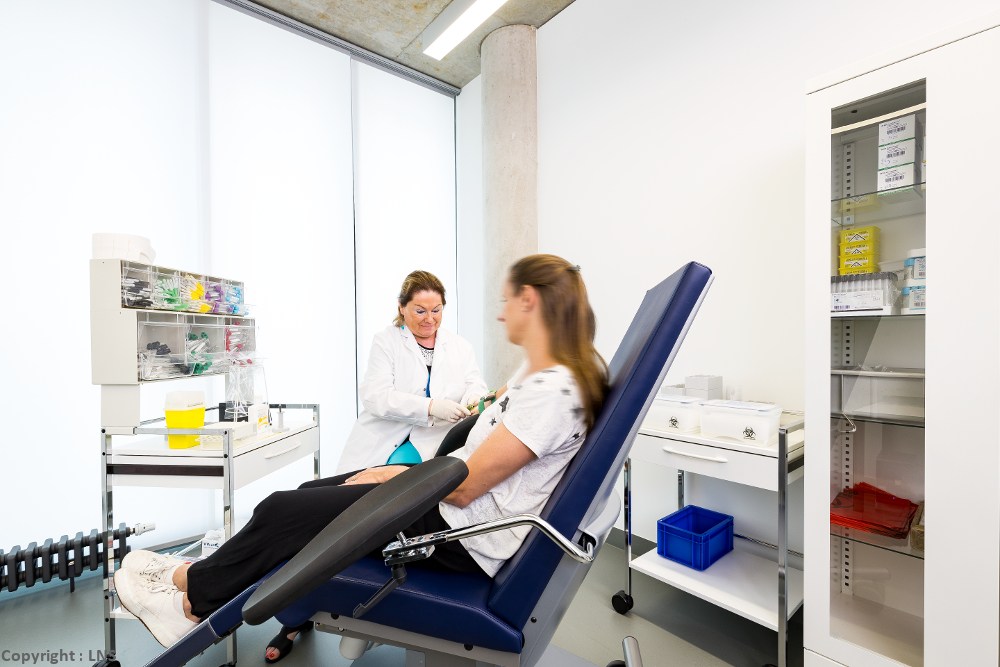