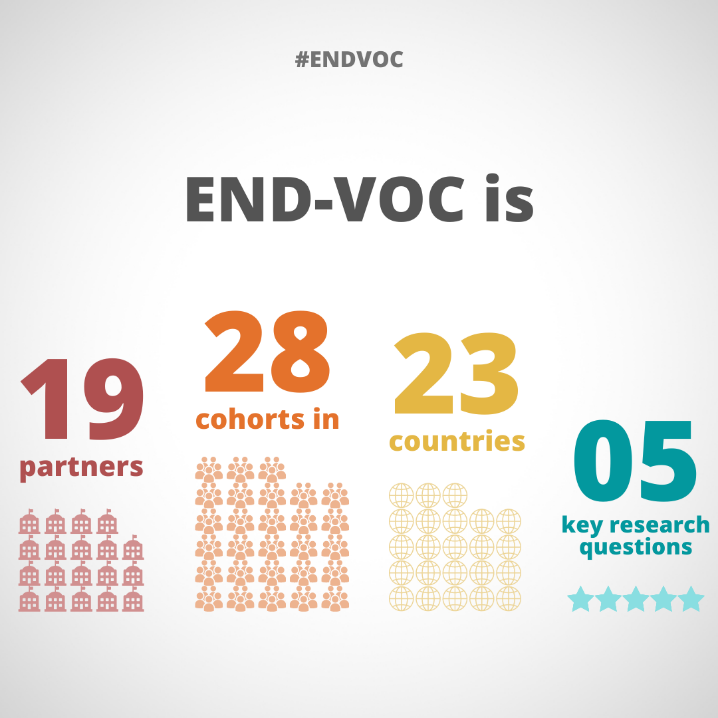 The European project aims to evaluate the circulation and impact of emerging SARS-CoV-2 variants of concern through the study of well-characterised cohorts across the world.

The European Commission-funded END-VOC project with the aim of elucidating the circulation and impact of current and emerging SARS-CoV-2 variants of concern (VOC) through the study of well-established cohorts across the world. The project kick-off meeting organised by University College London (UCL), the coordinator of the project, was held virtually from May 16 to May 18 with the participation of all the partners including the LNS, who is leading or co-leading several tasks of the project’s work packages.

During the three-day meeting, the researchers discussed how they plan to carry out the different tasks described in the project, and underlined the importance of adapting some of the research questions to the rapidly evolving situation of the pandemic. The project has received funding of almost 10 million euros.

Stichting Amsterdam Institute for Global Health and Development, The Netherlands

University of The Philippines