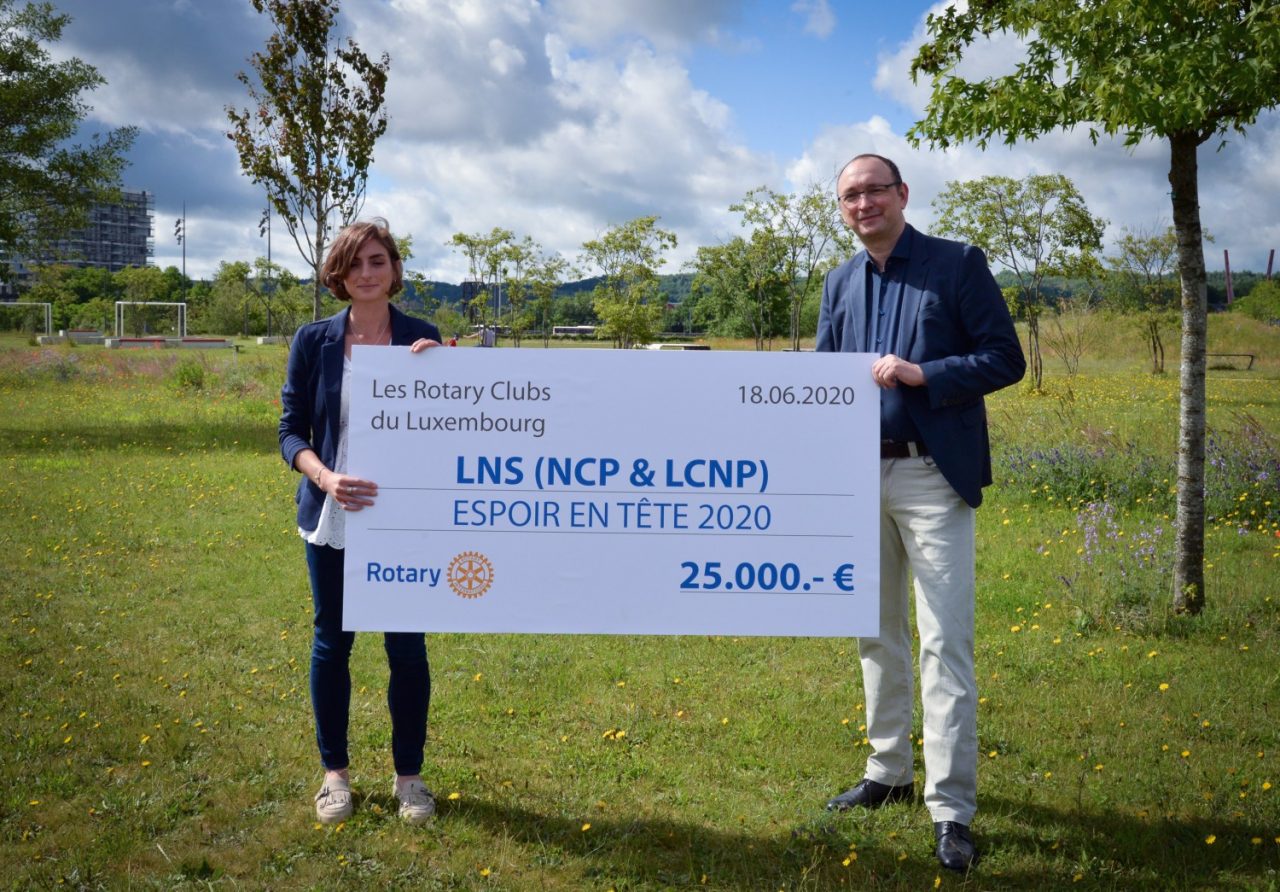 Organised for the 8th consecutive year, the “Espoir en tête” project, initiated by the Rotary Clubs of Luxembourg, raised 50,000 euros in donations for research into brain diseases in Luxembourg.

Every year, the “Espoir en tête” project enables donations to be collected through the organisation of previews and exceptional screenings in the Kinepolis cinemas in Kirchberg and Belval.

In 2020, the film “The Call of the Wild”, an adaptation of Jack London’s novel, was shown on Sunday 1 March 2020. Invited by the Luxembourg Rotary Clubs, some 3,450 spectators attended. Eight euros of every 15 euros sold were donated to research into brain diseases in Luxembourg.

With the support of other donors, this public thus made it possible to collect 50,000 euros. A sum that will finance two research projects, each supported to the tune of 25,000 euros, the first concerning dementia, the second glioblastoma.

Dementia is one of the greatest scientific, medical and socio-economic challenges of our time. It affects more than 6,500 people in Luxembourg and its incidence is expected to double over the next 20 years. Today, there is no medical treatment to prevent, stop or cure dementia. The population with Mild Cognitive Impairment (MCI) represents the people most at risk of developing dementia.

In this context, and in order to better prevent and reduce the risk of developing dementia, the MCI-BIOME project is interested in the links between the intestinal microbiota, the social environment and MCI. The aim is to identify specific microbial signatures of people with CDT and to explore the link between these signatures and the social environment, including education, psychological factors, perceived stress and diet.

Glioblastoma is the most aggressive and resistant of the primary brain tumours and is one of the most deadly cancers. Even with optimal management following diagnosis, the average life expectancy is only 14 months. This poor prognosis is particularly associated with pro-tumour behaviour of the brain’s immune cells, microglia. It is increasingly clear that these behavioural changes are epigenetic in origin, a set of mechanisms representing the finest level of communication between the environment and gene expression.

The objective of this project is to decipher the epigenetic signature of microglia from glioblastoma using the latest generation of methylation chips. Deciphering the mechanisms responsible for the pro-tumor status adopted by the cerebral immune system in glioblastoma would make it possible to develop not only new therapeutic approaches, but also ways to prevent or slow down the initiation of glioblastoma in patients at risk of developing these tumors.

This research project will be conducted by Lorraine Richart and Professor Michel Mittelbronn within the research unit of the Luxembourg Centre of Neuropathology of the Laboratoire national de santé (LNS) and the Luxembourg Institute of Health (LIH).

All Luxembourg Rotary Clubs are proud to have once again been able to contribute to brain disease research in Luxembourg. In 8 years, their action has already enabled them to collect 376,000 euros in donations thanks to the “Espoir en tête” project. And a new edition is already planned for 2021.

More infos on the project: www.espoir-en-tete.lu