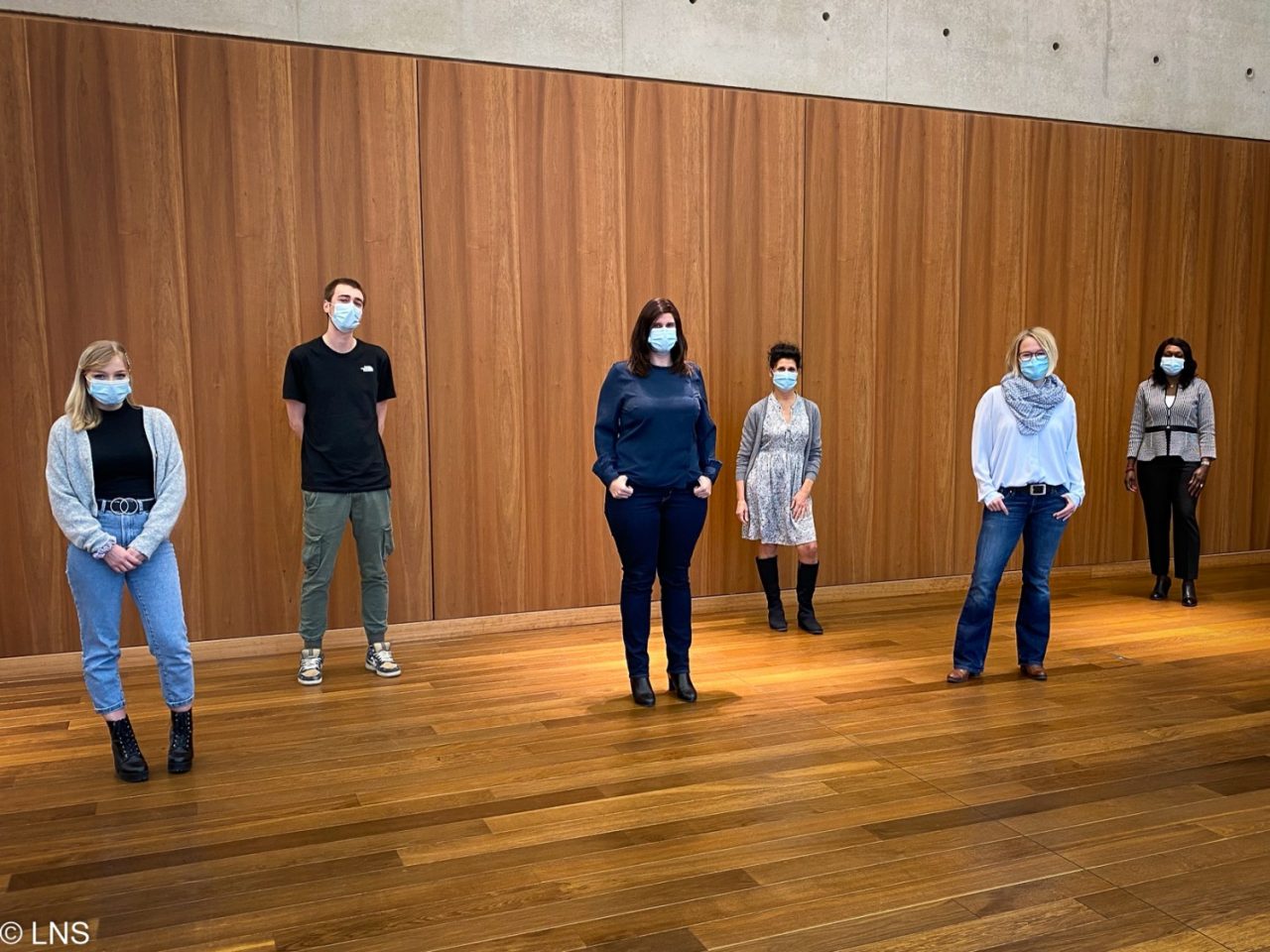 The national programme to sequence SARS-CoV-2 has reached a new milestone. Since the end of February, the Microbiology department of the Laboratoire national de santé (LNS) has sequenced 2550 SARS-CoV-2 positive samples, 1808 of which have been added to the sequencing pool since 01/10/2020.

Real-time genomic surveillance of SARS-CoV-2 aims to provide important information on the transmission, population dynamics and biology of the virus. This is especially relevant given that the current mutation rate is estimated to be approximately 2·5 nucleotides per month. Dr Tamir Abdelrahman, Head of the Microbiology department at the LNS: “It is absolutely essential to link epidemiological data on a timescale of weeks with national genomic data on a larger population scale. The analysis of viral genome sequences can identify the lineages of circulating viruses in Luxembourg, how these evolve over time as an indicator of the success of control measures, how often or if new viral strains are introduced from other geographical areas, and how the virus evolves in response to interventions such as vaccination”.

The newly founded Microbial genomics platform in the Microbiology department was at the forefront and in a very short timeframe implemented the only clinical SARS-CoV-2 sequencing service in Luxembourg, providing an essential tool to the national monitoring program. Dr Catherine Ragimbeau, lead scientist in microbial genomics, explains: “We had implemented an amplicon sequencing approach using a primer scheme that was initially developed by the international ARTIC Network, which is developing a system for processing samples from viral outbreaks to generate real-time epidemiological information for public health bodies.”

Catherine Ragimbeau continues: “We capitalised on the in-house next generation sequencing platform using Illumina technology and our long-term experience in microbial sequencing. The sequencing protocol was released to a European platform (European Centre for Disease Prevention and Control) to make it available for other groups. We are continuing to improve the sequencing protocol and have in the meantime our own Luxembourgish version of the protocol. Currently we sequence an average of 300 samples per week. The preparation of the samples to sequence is manually performed by technicians and requires a very great deal of concentration and organisation. Two days are needed in order to prepare 96 samples. We are, however, looking forward to expanding that capacity by automating the entire workflow”.

Dr Anke Wienecke-Baldacchino, Bioinformatics lead in the department of Microbiology states: “Based on the resolution sequencing data provided as well as on SARS-CoV-2 positive samples from the national respiratory virus surveillance program, we observed a switch of circulating variants between the two reported COVID19-waves in Luxembourg. As can be understood from our weekly report (Respiratory Viruses Surveillance – Revilux – LNS revilux), sequencing data referring to week 50 confirm observations made since beginning of September. The main circulating strains are lineages B.1.160 (33%), B.1.177 (20%) and B.1.78 (26%).”

Anke Wienecke-Baldacchino adds: “Lineage B.1.160 represents an EU/EEA and UK multi-country cluster, which involves Belgium, France, Germany and the United Kingdom. Lineage B.1.177 appeared in early summer 2020 and presumably originated in Spain. It spread widely to multiple European countries and is also prevalent in Luxembourg’s neighbouring countries such as the Netherlands and France. B.1.78 represents the for the Dutch lineage”

Another example for the LNS’ cooperative approach

The national programme has also been recognised internationally, underlines LNS Director Prof Dr Friedrich Mühlschlegel: “The highly collaborative approach of the LNS across institutions in Luxembourg during the last months has been vital in successfully dealing with the enormous challenge posed by COVID-19. The sequencing activity at the LNS and our collaborations with research institutions such as the University of Luxembourg, the LIH and the LIST, as well as with partner laboratories are another perfect examples of our approach. The national genomic surveillance program was orchestrated with the Direction de la Santé providing a new model of public health microbiology in Luxembourg.”