[Annual report 2020] DAY-TO-DAY AND RESEARCH PROJECTS: THE VARIED ROLE OF THE DEPARTMENT OF MICROBIOLOGY IN 2020 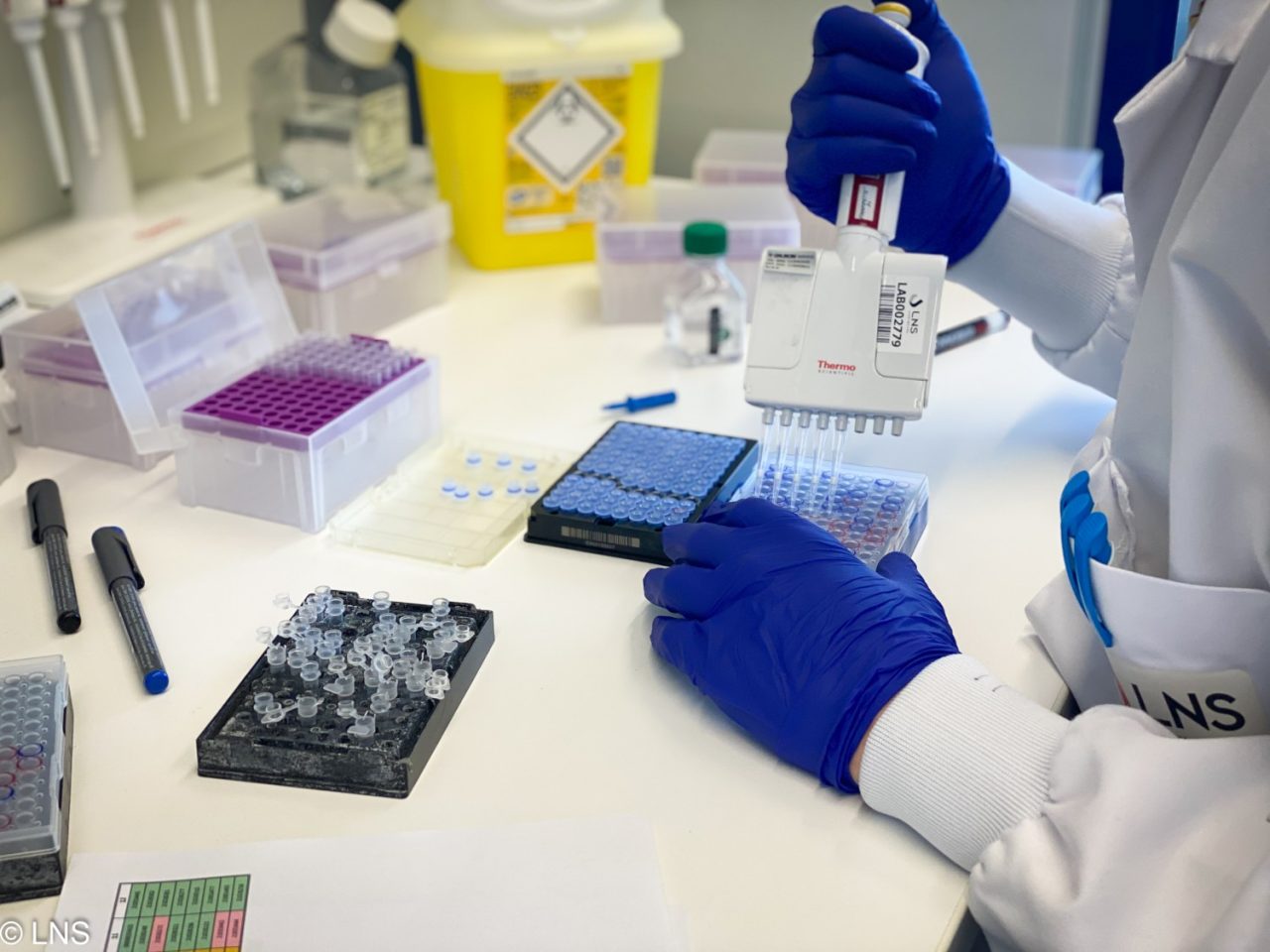 The year 2020 was defined by COVID-19. If there is one department of LNS for which this was especially true, it is Microbiology. Last year, each and every member of 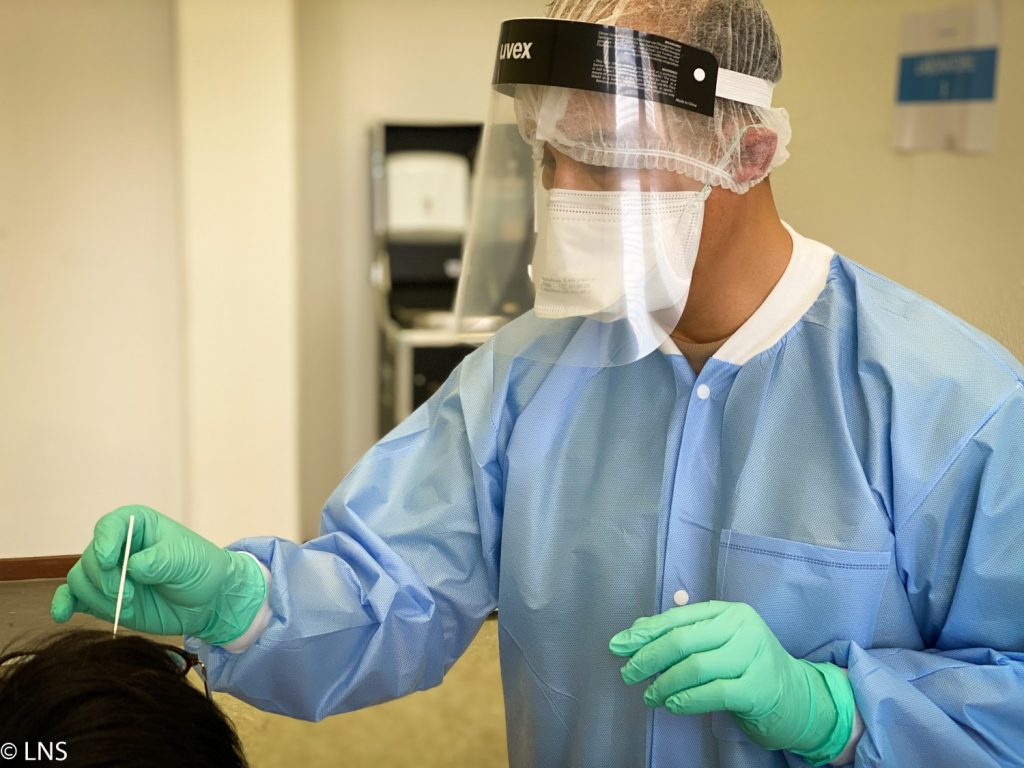 the department’s staff was in demand and the team as a whole was put to the test.

The microbiologists’ tasks were very varied and evolved continuously over the course of the year. Firstly, the team played a key role in the day-to-day, operational reality of the fight against the virus. At the same time, the department’s expertise was also in demand for research projects – across borders and, what’s more, from the very beginning. Our microbiologists were thrown in at the deep end.

A KEY ROLE FROM THE BEGINNING

“From the moment we entered into crisis mode and began our joint fight against COVID-19 in the spring, our virologists were at the heart of the work of this department,” remembers Dr Trung Nguyen Nguyen, head of the Virology and Serology Service. “Our team performed the tests that arrived at the LNS. Our department’s two other services, just like the LNS’s other departments, supported their virologist colleagues on a technical and scientific level. Together, we thus played a key role for the whole country from the beginning of the crisis.”

This role included a whole range of concrete measures on the ground, which was adapted to the evolving situation, continues Trung Nguyen Nguyen: “During the spring, we carried out systematic tests in the retirement and care establishments of Luxembourg on behalf of the Direction de la santé, to counteract the spread of the virus in that vulnerable environment. Approximately 10,000 tests were carried out on both the residents of the establishments and their nursing staff.”

The younger generations were the focus of a joint initiative by the LNS and the Ligue Médico-Sociale (Ligue) in November: “A testing campaign, aimed at children aged between two and six, was carried out in the Ligue’s Centres Médicaux-Sociaux (CMS) by specially trained paediatric nurses from the Ligue taking nasal swabs. The samples were then transported to our laboratory, where we tested them.”

In addition to the microbiologists’ ability to react quickly, both of the actions described above showcase cooperation between the LNS and other players in the health system. This is also reflected in other initiatives. During the autumn, LNS employees conducted tests in the test centre, located in the former building of the National Library on the Kirchberg. 3,038 tests were taken there between 19 and 26 October alone, 411 of them coming back positive. As of November 5th, the LNS’s drive-through test centre opened at the Dudelange site, where at peak times more than 300 swabs were taken every day. In total the LNS performed 10,879 test throughout the opened 2 months of 2020.

The very rapid adoption of these initiatives was made possible by the complementary skills available at the LNS, as well as by advance planning, as Trung Nguyen Nguyen explains: “To ensure excellence and professionalism in this difficult situation, the LNS used the potential of its international team and its modern infrastructure. This is how we were able to provide the population with reliable testing with as little waiting time as possible. Besides, we started preparing for the most likely scenarios early on. This enabled us to attract the additional specialist staff we needed.” 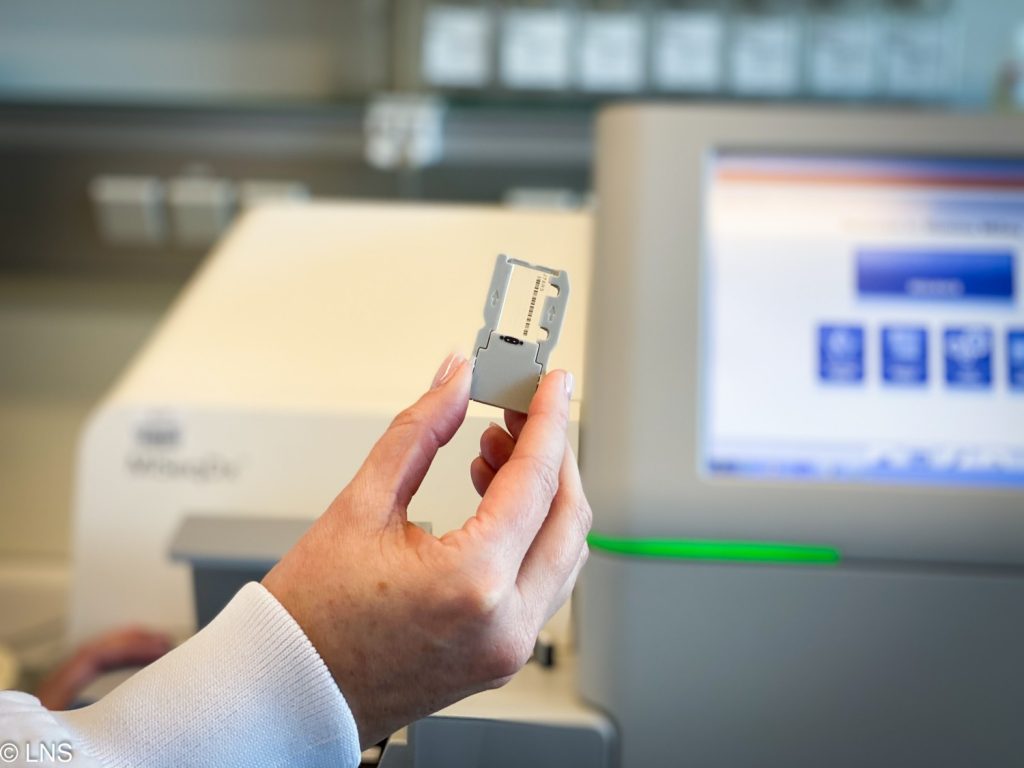 However, the microbiologists of the LNS did not only make this expertise available for the deployment on the ground, as Dr Tamir Abdelrahman, head of the Microbiology Department explains: “Since the identification of the first case of SARS-CoV-2 in Luxembourg, we had implemented a plan to characterise the variants, circulating in the country variants, based on all samples available or referred to LNS. This made Luxembourg one of the first European countries to align with the recommendations of the ECDC to sequence 10% of all positive cases. Among others we confirmed the switch of different variants between the first two waves, which allowed us to be at the forefront of the variant tracking activities in Europe.”

The bottom line, Tamir Abdelrahman continues, is that the LNS Microbiology Department redefined excellence in its sequencing services, being one of the very few laboratories providing medical reports which detail the detected, thanks to a state of the art platform implemented in the established Microbial Genomic Unit (Lux-GEM). These excellent services were recognised at European level; ECDC cited our Virology Service as one of only four European laboratories nominated supportive lab for COVID19.

A PARTNER IN NATIONAL STUDIES

Against this background, the microbiologists of the LNS also became sought-after research partners during the coronavirus crisis. At national level, the LNS had led the COVID+ genomics study where the team established a retrospective study to characterise the circulating SARS-CoV-2 variants. The team also contributed its expertise and the molecular microbiology platform to the CON-VINCE study. This research project, launched in April under the auspices of the Research Luxembourg COVID-19 Task Force, studied the spread of SARS-CoV-2 in the Grand Duchy.

The CON-VINCE study was carried out by a consortium of national research institutes, led by the Luxembourg Institute of Health (LIH), the Luxembourg Center for Systems Biomedicine (LCSB), as well as the associated partners TNS-Ilres and the Ketterthill, Laboratoires Réunis and BioneXt LAB laboratories.

The expertise of LNS microbiologists on COVID-19 was also in demand internationally in 2020. Guillaume Fournier of the Virology and Serology Unit, and Joël Mossong, Catherine Ragimbeau and Anke Wienecke-Baldacchino of the Epidemiology and Microbial Genomics Unit contributed to a study on “Geographical and temporal distribution of SARS-CoV-2 clades in the WHO European Region”. Over a period running from March to June 2020, they provided SARS-CoV-2 full-genome sequencing data for Luxembourg. This was covered in an article published in September in Eurosurveillance, an international journal specialised in infectious disease surveillance, epidemiology, prevention and control.

Also in September, Tamir Abdelrahman gave a presentation during the ECCVID conference. This yearly conference is organized by the European Society of Clinical Microbiology and Infectious Diseases (ESCMID). Tamir Abdelrahman: “ESCMID is one of the most important platforms worldwide for exchanges between microbiologists. As a part of its efforts to share knowledge among international experts, ESCMID organised ECCVID as a virtual event to address COVID-19-related work. ECCVID featured a comprehensive scientific program that spanned a wide range of topics surrounding this emerging threat, and offered opportunities to showcase the latest findings, share experiences and knowledge, and demonstrate practical techniques and guidance.”

Experiences and knowledge, practical techniques and guidance – these were generally the magic words that led to success in the fight against the virus. Building on this, and inspired by the values of Together LNS, every single team member became a COVID-19 Fighter – most visibly in the Microbiology Department. What this meant in individual cases is shown representatively by the two accounts of Guillaume Fournier and Anke Wienecke-Baldacchino, which reflect much of the tense atmosphere, but also the motivation present during the pandemic. 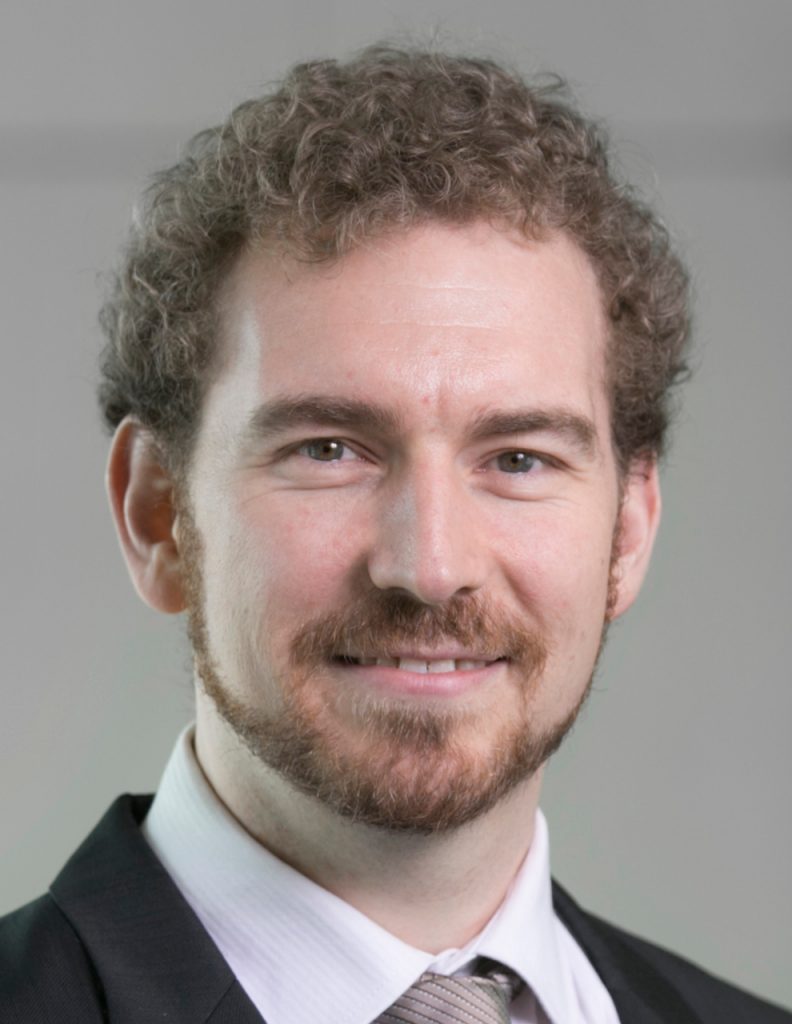 “I am a veterinarian by training, but also a virologist with solid experience in influenza. I joined the LNS three years ago as an assistant in the Virology Service and am currently working as the Scientific Manager of the Microbiology Department.

Like everyone else in the department, I contributed to the fight against COVID-19, notably by setting up the very first diagnostic method available in Luxembourg, as well as the protocols for handling SARS-CoV2 samples in the BSL III laboratory at a time when there was still little knowledge of how dangerous the virus could be. Setting up the LuxMicroBiobank also proved to be essential to manage the increasing influx of SARS-CoV-2 samples.

None of this would have been possible without the great spirit of mutual aid and collaboration found within the LNS – with its centralised reception, its IT and logistics services and at countless individual levels – but also within Luxembourg, with the various research projects I was fortunate enough to take part in, or at the international level to validate diagnostic methods and exchange knowledge.”

“After school I always wanted to be a virologist, as I was always fascinated by those tiny, little things, being able to do that much harm. In the end, I studied biotechnology, bioinformatics and 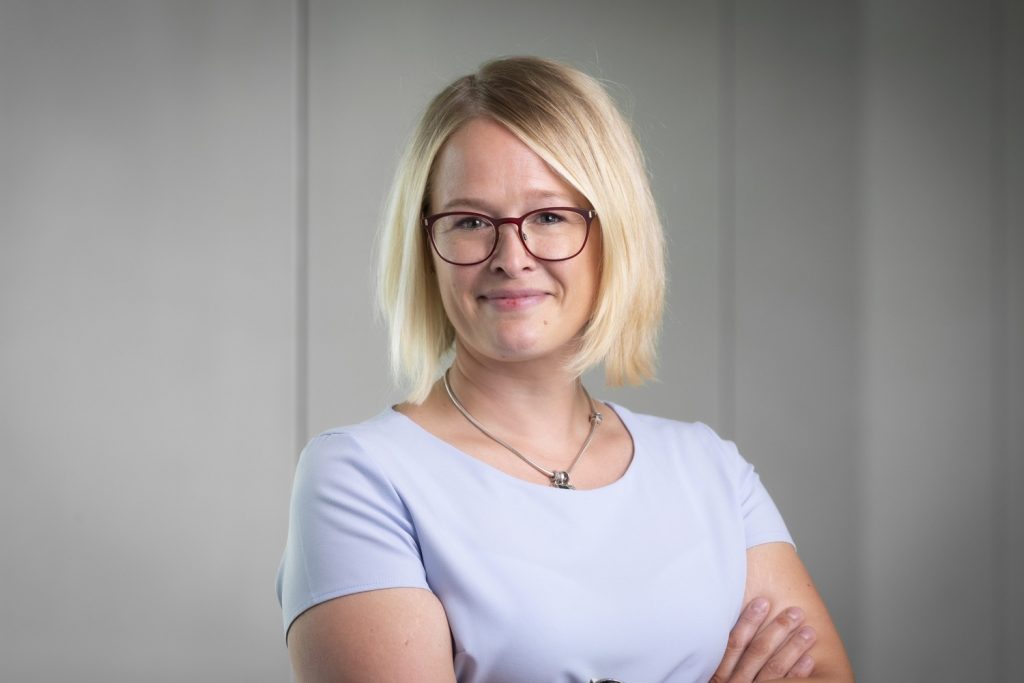 epidemiology. I am hence not a virologist, but I am – among others – working with virus-related data and provide Luxembourg with the variant distribution data of SARS-CoV-2. For me it’s like closing the loop, and in that sense one can call me a COVID-19 Fighter.

I see this fight as a duty with impact. I remember that I first read in December 2019 about a new lung disease in Wuhan. In February 2020, I participated in a training in Genomics and Clinical Virology in the UK. Being back on the 29th of February, I was confronted with the first SARS-CoV-2 sample in Luxembourg and the request to implement an analysis pipeline for the protocol I “imported” from UK to our lab.

From this day on, my work shifted to SARS-CoV-2 data analysis, which remained until today one of my major duties. I see the impact and recognition of these efforts, which is very satisfying and motivating. What’s more: I also made my first experiences with radio and TV interviews, which had never been on any of my to do lists before. I had the opportunity to closely work with the wet-lab team, external partners and in particular our IT Service. All these collaborations formed and still form a nice experience; they follow all a common mission. As we say in German, one grows with his or her tasks – and considering my tasks in 2020, I should have grown a lot.” 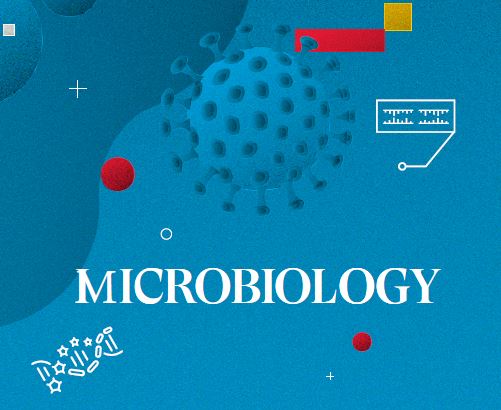