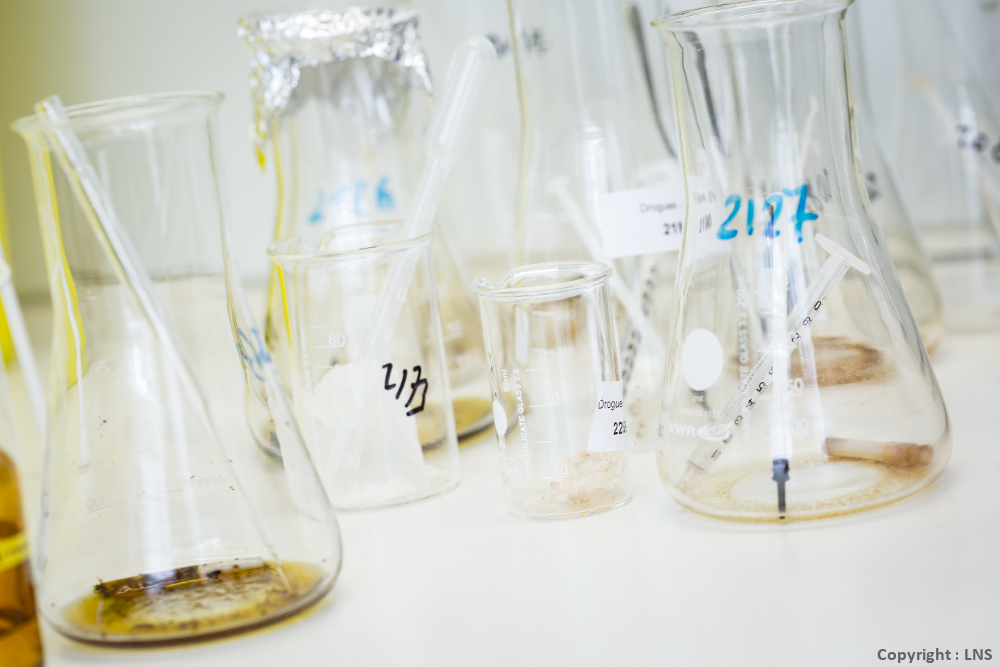 According to the results of an extensive study conducted by the Laboratoire national de santé (LNS), which has just been published in the specialist journal Mycotoxin Research, one third of the illegal cannabis in Luxembourg is contaminated with mycotoxins. However, the concentrations in most samples are below the European limits.

Mycotoxins are toxins produced by microscopic fungi, usually not visible to the naked eye, such as Aspergillus or Penicillium. These fungi thrive in warm and humid conditions on plants, seeds, fruits, and their by-products. The toxins released can pose health risks when consumed with food.

Cannabis and hashish
Two teams of the LNS, the Food Monitoring service and the Analytical Toxicology and Pharmaceutical Chemistry service, studied the presence of certain mycotoxins in cannabis and hashish samples seized by the Police in the Grand Duchy of Luxembourg during the last years.

Of the 142 samples studied, the presence of ochratoxin was detected in about one third of the samples. The concentrations varied between 1.0 and 16.2 µg/kg, the average concentration was 4.30 µg/kg. For comparison, the maximum permitted limit for ochratoxin set by the European Commission is 15-20 µg/kg for food for human use. There was no difference between cannabis samples (dried flowers) and hashish samples (resinous extract of cannabis flowers).

Various effects
Dr sc. Claude Schummer (Food Monitoring) and Dr sc. Serge Schneider (Analytical Toxicology-Pharmaceutical Chemistry) explain: “The results indicate that a high proportion of illegal cannabis is contaminated with mycotoxins. However, the majority of contaminations are below the European tolerated limits. The effects of mycotoxins include immune system depression, neurotoxic conditions, development of allergies, pneumonia and even cancer. They are resistant to sterilisation and heat and can therefore easily enter the food chain.”